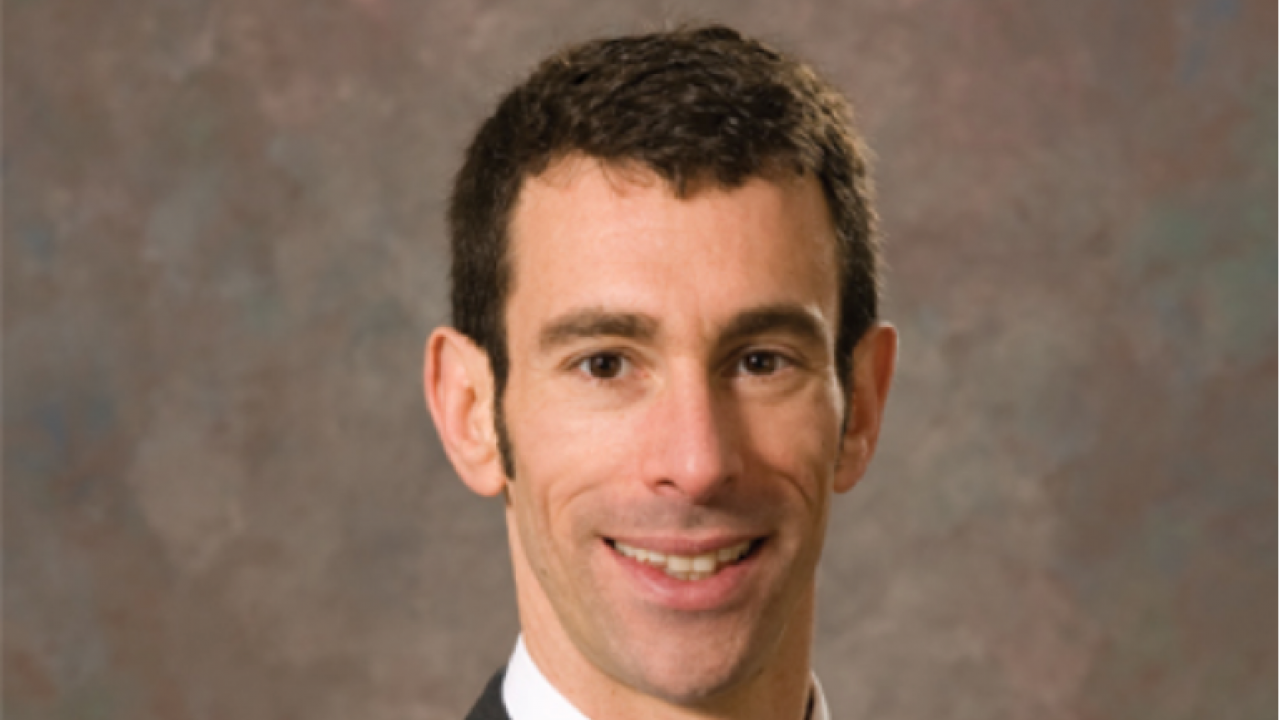 Dr. Mark Goldman has been named a 2014 Howard Hughes Medical Institute professor, an award that comes with a $1 million grant for teaching and research to create activities that integrate his research with student learning in ways that enhance undergraduate students' understanding of science.

One of 15 researchers whose proposal was chosen out of 173 applicants, the associate professor of Neurobiology, Physiology and Behavior will use his award to pilot two programs to strengthen undergraduates' research and quantitative skills. See the full list of awardees here.

"This is extremely exciting news for the college and the entire Davis campus," College of Biological Sciences Dean James E. K. Hildreth said. "Professor Goldman and his colleagues will be developing an innovative curriculum in quantitative biology—a discipline that will contribute significantly to finding solutions for the grand challenges facing humankind. Such a program will ensure that our faculty and students remain on the cutting edge of biology."

That necessity is exactly what inspired Goldman to develop his HHMI proposal.

"I saw a divide between what's actually occurring in many of the most exciting areas of biology and how we are teaching our students," he said. "One of the biggest gaps is in mathematical and computer modeling, whether that is bioinformatics, ecological modeling related to climate change, or understanding the intricate circuitry of the brain."

The HHMI Award will fund a two-pronged plan to address that gap.

In the first, he will be offering an undergraduate lab course in which students learn the entire scientific research process—from how to formulate, design, and conduct an experiment to how to analyze data.

"Every student should have a true, hands-on working sense of what the scientific process is and you can't get that in the classroom," Goldman said, who plans to eventually offer the lab course to hundreds of students.

With the second part of his proposal, Goldman will develop a new cross-college major in Quantitative Biology for future researchers or those "who want a more rigorous undergraduate experience." It will be the first of its kind in the UC System, and one of the first nationwide.

Quantitative Biology will prepare students for careers in which they use mathematical modeling and computer modeling to understand and reveal hidden features of biological systems, learning how to integrate data-rich experimental approaches with the latest quantitative techniques.

"A current problem in biology is that students learn some math their freshman year, but it is rarely emphasized later in the curriculum," Goldman said. "And, when math does appear in advanced courses, students realize too late how relevant it is to biology and that they should have taken more."

Goldman's ultimate goal is for the College to build an integrated quantitative biology curriculum that begins the freshmen year and builds through each undergraduate year. More generally, he hopes all biology students will graduate with the analytical skills required to understand complex systems with many interactive elements.

"We are rapidly coming to the end of the era in which we discover what the parts are of biological systems," Goldman said. "The breakthrough advances are increasingly in understanding how systems interact through complex networks too difficult to understand without the aid of computer models. I want students to understand that mathematical and computer modeling are inseparable from biology in the 21st century."