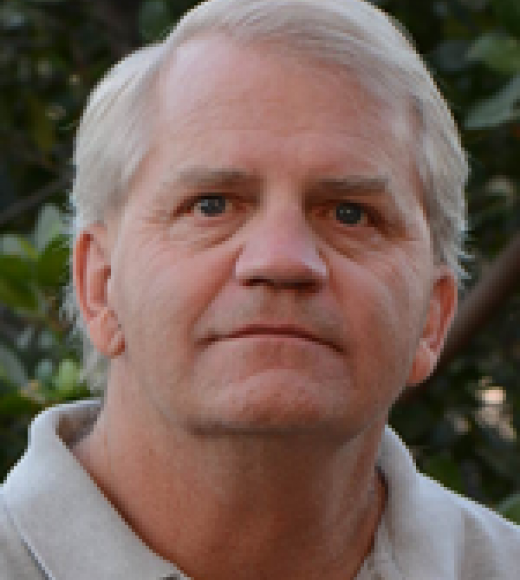 Research in my laboratory focuses on the processing of motion information in dorsal extrastriate cortex. There are two main branches to the program, which can be roughly described as the "how" and the "why" of higher-level motion processing in cortex.

How does a visual motion hierarchy process information? We believe, on the basis of anatomy and physiology, that extrastriate cortex is hierarchically organized. One correlate of this hierarchy is an increasing complexity of receptive field (RF) organization at the top of the hierarchy. We have been studying the middle temporal area (MT), which has fairly simple RFs, and its immediate target, the medial superior temporal area (MST). MST is much more complicated, having cells that prefer various non- uniform moving stimuli like expansion and rotation. We have been quantitatively studying the summation of local motion in these two areas to infer how RFs are formed in each area (e.g., Britten and Heuer, 1999), using simple, local motion stimuli. These experiments, which are ongoing, will be complimented by multi-electrode recording experiments which directly investigate the circuitry within and between these areas.

How are the signals in cortex employed in perception? The nuts and bolts of extrastriate circuitry are interesting enough, but we are also interested in relating signals in cortex to perception of motion, and especially to the perception of complex, "high-order" moving patterns. To this end, we train monkeys on demanding psychophysical tasks using complex motion stimuli. These can either be fairly abstract tasks (e.g., discriminate expansion from contraction) or fairly naturalistic tasks emulating normal motion analysis during locomotion ("heading" tasks). When an animal is performing such tasks, we can investigate the relationship of signals in MT, MST, or other areas, with the percept the animal reports. At least three forms of evidence can emerge from such experiments. First, we can globally investigate the sufficiency of signals in different regions for different tasks. Second, we can ask if the activity in particular areas predicts the animals perception on a trial-to- trial basis. Thirdly, we can make miniscule perturbations in the activity of these areas as our subject perform the task, and look for systematic changes in the reported percepts. Ideally, these two approaches will converge in the next few years - we can formulate biologically realistic, circuit-based models which are consistent with our measurements of the quantitative relationship between neurophysiology and perception.

Zhang, T. and Britten, K.H. (2010), The responses of VIP neurons are sufficiently sensitive to support self-motion perception, Journal of Neurophysiology, in press.

Heuer, HW and Britten, KH. 2002. Contrast dependence of response normalization in area MT of the rhesus macaque. Journal of Neurophysiology. In press.